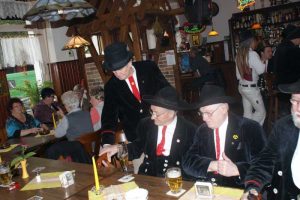 At the turn of the century, Hermann Schäfer had 21 upright journeymen around him. It was a time of upheaval. One dreamed of a better, fairer world. Under the guiding principle of the French Revolution Liberte, Egalite, Fraternite, the “Fremden Freiheitsschacht” was founded in Bern / Switzerland on the first of May 1910.

In addition to membership in a trade union, membership of the
in the KPD is required.
Everyone must know everyone in order to maintain the inner bond. Membership in the KPD expires only in 1927 after it became apparent that there would be no left-wing international.

In 1912, the “spinning shaft of the foreign carpenters” is formed, which uses a needle with the letter SZ as its distinguishing mark.
For organizational reasons it soon disintegrates again and joins the “Fremden Freiheitsschacht” in 1914. This was the first time that the “Freiheitsschacht”, which had previously consisted only of journeymen bricklayers, was reinforced by journeymen carpenters.
The belief in the ideals leads to a deep solidarity of the freedom brothers among themselves and clarifies the security this offers to the members.

Due to the strong cohesion of the community, the Shaft of Freedom also survived the ban during the period of national socialism, which forced the members of the Shaft to keep their group identity secret.
We paid a high B1utzoll for this. Those who do not perish in the concentration camp leave their lives in the “field of honour”.
Soon after the end of the terrible war the survivors meet and a good time of travelling begins again.

A difficult time was overcome by the freedom shaft also in the 70s during the so-called “economic miracle” when the consumer society completely lost sight of ideal values in the pursuit of material goods. The return to tradition and customs seems completely outdated in this context and so it is not surprising that the “Fremde Freiheitsschacht” can hardly win young construction workers for the tradition of wandering. 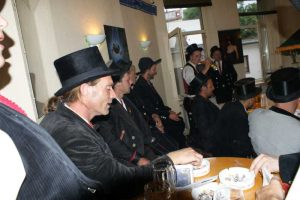 Since the 1980s, however, the shaft of freedom has seen an increase in migration, partly due to high unemployment.
Terms such as “self-determination” and “independence” illustrate the increasing trend towards individualisation in today’s society.

We as well as the other shafts have enough offspring and can look forward calmly. The tradition of the fraternal with each other lives on with us, it is the most important component beside the traditional travel in the freedom shaft.

In 1980, in Basel, the “Freedom Shaft” entered the CCEG, which was indeed a step in the right direction. Under this umbrella organisation with a democratic structure, we look to the future with optimism.
We hope to contribute that the idea of journeyman travel will live on for many generations in the third millennium in an old and proven tradition. All future travelers should one day belong to it. 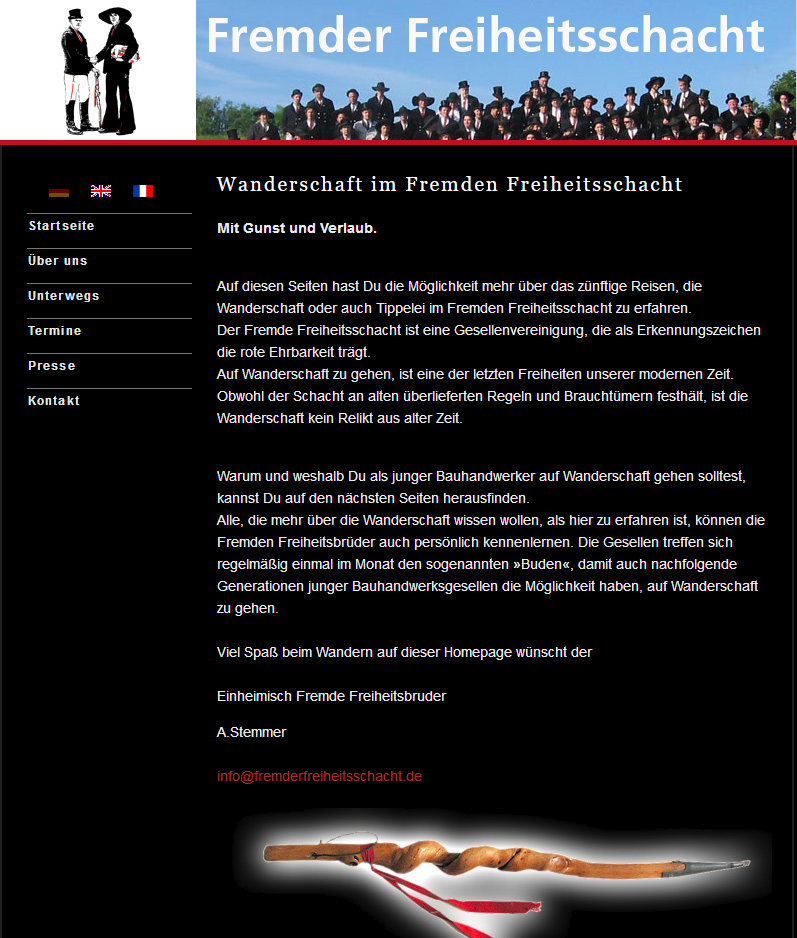